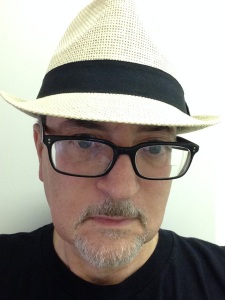 Cable Neuhaus is living one version of the professional writer’s dream—it’s little wonder he’s still “proud to call (himself) a journalist” despite a climate which seems to undervalue news and writing in general. Fresh this year to the Saturday Evening Post’s arsenal of talent, Neuhaus’ rise to the top of the professional writing world was startlingly organic—his current column in the Post (“American Pop”), for instance, was born of a chance lunch meeting with an editor after Nauhaus criticized the magazine in another column (“The Magazine Medic” in trade staple, Folio). Before his present life as a columnist, Neuhaus also served as Editor and Chief of Folio, Creative Director of Newsmax Media, General Editor of Entertainment Weekly, and Bureau Chief for People Magazine. Mr. Neuhaus was kind enough to give me about an hour of his time early one Friday morning as he worked from his home office in Palm Beach Gardens, Florida. Here’s what he had to say on journalism as a craft, the importance of persistence, and work appearing unexpectedly.

“I did a bachelor’s degree in journalism and actually it always felt like it was largely useless…partway through my junior year I sent a letter to (the editor of trade newspaper) Editors and Publishers…just across the transom—they didn’t know who I was, again I was probably 19 years old at the time—and (in it) I said that I didn’t see much virtue in journalism programs…that people who wanted to get into journalism would learn the craft on their own and get into (the industry)…Then, number one, they published my letter as I recall, but more importantly they invited me to come work for them, the newspaper, which I did that summer…Journalism schools have some value…learning the theory and the law around it…gives you context…but (learning) the craft itself, 18 months is enough—bend it to two years if you want to, but that makes it a junior college program (laughs). If it were up to me I would probably reform the way journalism is taught…My feeling was, those people who had a passion to write professionally, they would find their way into the profession by virtue of their drive and skills.”

On the Public Perception of Journalism as a Profession:

“…Journalism has been pegged as such a lousy-paying career that if you are a high school kid contemplating college, who wants to go into journalism? It just doesn’t seem like there’s going to be a great career for you after (graduation), so the word ‘journalism’ has been tarnished, there’s no question about it. I’m proud to call myself a journalist but there is no question that, in terms of the public perception, we’re down there with car salesmen.”

On Why That Is:

“Number one, there are a lot of lousy journalists (laughs). There’s been a lot of bad journalism done both locally and nationally. And also because, I think these days—not so much 20 years ago, but these days—in the political realm we are so polarized that people are looking at political (emphasis added) journalism as journalism more so than, say, reporting on a plane accident…And so If they don’t agree (with an article) they think that the journalist has an agenda, you see that all the time…and by the way, sometimes the journalist does have an agenda. But I think if (readers) don’t agree with the journalist they call it bad journalism, and that gets attached to the entire profession…There are many great journalists out there… (but) we live in an extremely polarized world these days and so much of journalism has really become almost like opinion journalism…so people don’t trust journalists (anymore).”

On Teaching Yourself to Write:

“The best way to learn about how to write to your audience is through the concept of letter writing because when you’re writing a letter, whether it’s a letter with a pen and pencil—which no one does these days—or an email, generally you’re writing to one person, maybe two, maybe three, but you have a clear idea of what that audience is. And I think learning how to write good letters is learning how to write well, regardless of the length. But when you’re writing a letter you have to think about the audience—the person you’re writing to—and if you’re writing to your friend Suzie versus writing to your buddy Harold you’re probably going to write in a somewhat different voice. And if one is a girl you’re pursuing and the other is just a college buddy, again (it’s a) different point of view. When you’ve got in mind a person, you write with their likes and their brain in mind, and when I write for a magazine I try to think who my reader is—now you don’t always know real well, but you kind of look at the magazine and see what they publish and you can get an idea.”

On Finding the Right Job:

“Early in my career I would write for anyone who would publish me—money wasn’t the issue…But…over a period of years…I wrote letters to writers and editors, not asking for work, but commenting on their (emphasis added) work and trying to create a relationship…I once stopped and tried to calculate it and it was over ten-thousand notes and letters over about ten years…I finally found someone who took a real interest in my writing and, son-of-a-gun, was actually in a position to hire…It turned out he took some of my notes and clips and handed them to one of his associates, and that associate approached me about assigning me some stories and then quickly hired me and that was at Time Inc., at People Magazine, and that was as People Magazine was being launched—and that was a defining moment, but you never know which letter’s going to do it.”