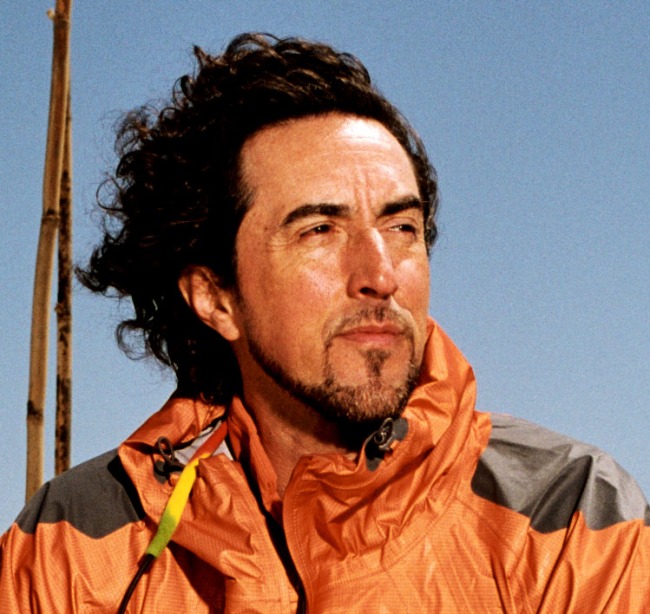 Eric Hiss has more than 18 years of professional freelance writing experience under his belt. Throughout nearly two decades he has managed to place his work in more than 40 publications including Condé Nast Traveler, Delta Sky, and the Robb Report, his curio cabinet features a prestigious journalism award from the government of India. After college, Eric started working in PR writing advertising copy and producing agency work for various travel accounts, which led naturally to his career in travel writing a short time later. What follows is the gist of a short phone conversation I had with Eric last week.

Since you got your start that way, do you recommend novice writers go into PR as a means of enhancing their freelancing careers?

I think if writing is your application or your passion, if you can just find anything that’s good, whether that’s a PR agency or an ad agency, a lot of journalists like myself need to do other stuff now—it’s really important to diversify because  I’m finding very few colleagues that are just cranking out journalism. Some are, and I find most of those people… (have to) rely a lot on their connections… So for a lot of us that means branded blogs or copywriting, or ghost writing, that kind of stuff—the idea is to make a living doing it. For me, too, I do some branded copywriting stuff; most of it is in the travel sphere so that’s good for me, but I also do some automotive and things like that. I just want to keep busy and I want to keep doing the stuff I love because, you know, a lot of magazines aren’t paying like they used to, so if I can still get a lesser fee but get a great trip to Africa, maybe that means I need to do some corporate work, some press releases back home—I’m fine with it. Some writers aren’t, I have no problem with it.

Clearly having been in the industry for a little while now you’ve been able to build up something of a network, but before you were “established” how did you go about finding new publications and introducing yourself? What is or was your methodology?

Trust me, I think you always have to network. I’ve never felt like I’m at some plateau where the work just showers down— I think you saw my name on Gorkana—so that just shows you that I’m always trying to push my name out there on whatever vehicle I see. You know: LinkedIn, I have my own website that’s more like a portfolio, I have a blog, so I’m doing all the stuff I think writers need to do because we are like a brand and you always need to be out there branding yourself. It doesn’t matter if you’re beginning or mid-career—you’ve still got to evolve, because editors move on.  I could have worked for someone for 5 or 7 years and then, boom, they’re gone and I’ve got to start again to make that up. But I think there are lots of good options out there to resource… between things like Media Bistro (and Gorkana), looking through magazines, and looking thru websites at your sort of dream outlets or the outlets you want to hit, I scan that to see where editors are popping up… I try to keep an eye on things like that.

When you say you track editors, does that mean you read what editors are writing before you pitch to them?

Yes, I do because I think it’s really important. I know they get annoyed (by the amount of mail they get) so, if it’s the right magazine, it’s better to hyper-focus your pitch. If you’re pitching Nat Geo Traveler you want to get the editor that’s managing the section you want to pitch, because if you pitch the wrong section, they may be kind enough to pass that along to the right editor, but they also might not. If you get to the right editor you’re doing everything you can to increase your chances that they’ll read your pitch and give you an assignment.

Talk to me about the pitch itself. Does your letter of introduction include mini-pitches? What’s your formula?

Just talking to a lot of my colleagues, everybody seems to have a different style. I think it changes too. I think 10-15 years ago the norm was…a one-page, four-paragraph pitch you would mail to “XYZ” editor. Then it was email and it would be kind of the same thing—a four-to-five paragraph, one-page pitch to an editor. Now I think a lot of people are doing really short (pitches)–I think it’s just because of the news cycle and people just trying to move faster and quicker– shorter; one-paragraph, or even just a couple sentences just to try and get a response, and then, with that response, following thru with a full three-to-four paragraph pitch. That way, instead of pounding out the full query, you’re just sort of getting a nugget out and you can get more queries out (that way). So I hear a lot of my colleagues doing that a lot more often, so it’s like short, very sweet… and saying, “if this is something that interests you, I’d be happy to send you more information.” So it’s sort of opening a dialogue and following it up.

What do you put in the subject line of those pitches?

Again, people come at it different ways. I think it’s good if you just put “Query, a colon, ‘Mexico’s Best Ceviche’,” or whatever your subject line is. A lot of people put “query”, and I think there’s a value to that because, as an editor they’re getting a lot of PR pitches and they may confuse your pitch with a PR person’s pitch, and I think they would be more likely to delete a PR person’s pitch than a writer’s. So if you put “query” in there, at least they know it’s from a writer and not coming from a PR agency. It gives you a little notch up, anyway.

…one more swath of deletions overstepped.

Yeah, maybe it’ll give you two seconds where they won’t delete, whereas there may be 30 similar PR pitches that they are just going through (and deleting). If they think yours is another one they’re going to hit delete, whereas if they see that word ‘query’ they know it’s coming from a writer and maybe they give you five seconds they wouldn’t have given somebody else.

On that note, how do you feel about following up? I know a lot of writers now say they don’t.

Again, it’s kind of all over the map, but I can tell you what I do. I always follow up. If it’s something I really feel strongly about I follow up at least twice, and usually I give it about a week. So I’ll pitch, wait about a week, and then hit them up again with another email. And again, if it’s something that I really want to sell and I think it’s really right for this publication, I’ll even send a second one. Sometimes I even call, but not very often. I rarely call;  I think email is the norm. I think at least two follow-ups. I know people that have been successful following up three and four times because something ended up in a spam filter… you never know. You have to walk that fine line between being a pest and just being persistent, but I think two is totally legitimate.

How many queries do you generally have out and do you track them?

I do, and honestly sometimes I think I should do a better job. Sometimes it’s less of a priority, but I have an Excel spreadsheet and I just have all my pitches in the left column, some notes, what publications (I pitched) and when was I in last contact… for a long time I just kept a Word Document, but I think something like an Excel spreadsheet, where you can glance and see different elements, is really helpful. Google docs is another  good way to go because  it will always be accessible, so I know some people that handle that with a Google doc. It’s super helpful and, you know, it’s different for everybody, so for me it’s one (query) a week, minimum. You need to do that, at least. If you can get more out a week, great.

Do you shop your stories to multiple publications at once or just one at a time?

Well, the best way to handle it, because you can get burned, is just send it to one outlet. I mean, it’s okay to send it to two non-competing outlets. Let’s say, in my case I could send something to a glossy, like Condé Nast Traveler and also send it to maybe a trade publication, like Travel Age West because they’re not really competing at all. And even if it’s the same topic, like Spain, they’re going to be looking for totally different elements. If I sent that to Condé Nast Traveler and to Travel and Leisure, that’s just asking for trouble, because if I was lucky enough that they both wanted it, I’d be getting somebody upset. So I would recommend just doing one pitch unless it’s to noncompeting publications and (using) different articles—then you’re okay to push it simultaneously. But just give whatever your time point is—a couple weeks, three weeks. If it’s a fast-breaking story give them less time, if it’s something that has to be written in a week mention that in your query. …and then give them that amount of time and just move on.

And just one more question: how do you deal with lead times? How far in advance does someone need to pitch a timely story?

…some (stories) are kind of evergreen. I’m having an article run in one magazine that I wrote; I traveled in February, submitted in April, it was supposed to have run in July, and now (in October) it’s just running because they pushed it back. So that happens, but if you had a really timely story, I’d say five months is safe because most long lead (publications) have a three-month lead time. You couldn’t pitch something in January that would need to run in April—that would be impossible. You would need to be pitching that at the end of the previous year? So you want to be at least four-to-five months out. Usually 90 days is just kind of (the standard), so if it’s January they’re working on (the) April (issue).

Eric Hiss is an award-winning freelance writer based in Los Angeles, CA. His contact information and samples of his work can be found at www.erichhiss.com.

Craig is a freelance writer and editor based in Tucson, Arizona. View more posts