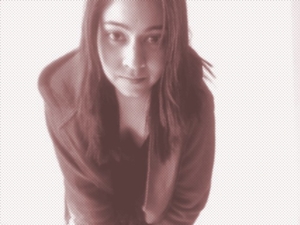 Mridu Khullar Relph is a multiple award-winning freelance writer and journalist based in India whose work has appeared in Elle, TIME, the Christian Science Monitor, the New York Times, the Independent, The International Herald Tribune, and on, and on, and on. She maintains a freelance writing advice blog called “Tell Your Story, Sell Your Story,” and runs Translating India with her husband, a consulting business geared toward Western companies with interests in  India. You can find samples of her work on her website, www.mridukhullar.com. Here’s what Mridu Khullar Relph had to say…

“It’s important to remember that once you find the right person, that’s when things start happening. Because if you’re pitching the wrong people… you’re wasting your time and you’re wasting their time.

“Maybe it takes a bit more research in the beginning, but you have to find the right person who is going to be the one to buy your work… That’s something that’s very easy now, especially when you can just go on Twitter and find out who is the person (you need to pitch to) or you can ask people… sometimes they’ll even list their emails. I know New York Times editors who list their email addresses on their Twitter profile because they receive pitches from freelancers and they are happy to have you know that… Aim high and you might strike out, (but) you might get in on your first try.”

“The biggest mistake I think a lot of new freelancers make is they go for that one big story, that investigative story that’s going to change the world… but (major publications) have their big people doing big stories, so give them something else. Just go through the magazine (or newspaper)—not all of their stories are big stories… and you’ll get there… but that takes time and that takes a lot of relationships, as well. You can’t do that overnight… they need to have proof that you can pull it off because they’re making a big investment in you.”

“…I think for me the biggest thing is the idea. You can write a really, really good query letter, and if the idea is not that great, or if the idea isn’t something the editor really is excited about, it doesn’t matter how good your writing is… However if you have a really good idea… I find (the query letter) just writes itself.”

“One of the traps I used to fall into when I was a bit less experienced was that I would think of it as a formal letter… but it’s not—you’re just telling a story to a friend. Think of it that way… let’s say you come across this amazing environmental story and you have a friend who is into environmental issues. Write that email… and you will see that you just write it normally. It’s more casual… not formal. That’s the kind of tone you want to keep. You want to tell somebody about an interesting story because that’s what editors do—they buy interesting stories.”

… on what it took for her to break into TIME Magazine:

“Every publication has its own way of dealing with which section is supposed to be pitched by which freelancer…  I was pitching section editors, and what I actually needed to do was pitch the editors in India… (but) one of the (section) editors I pitched really liked my pitch… and forwarded it to an editor here in India… and actually CC’d that editor in the email, so I had kind of a link…

“I kept pitching that editor for a while and, as happens with news stories, a few times something else broke out and that got killed or some top editor couldn’t use it… and then eventually I had been pitching this editor for about a month, sending ideas pretty much every two days and it wasn’t really going anywhere, so one day I just… emailed the editor and I said… ‘I think maybe I’m not quite understanding what you want, so would you be up for a meeting’… and it’s not a happy ending here… what happened was I got offered a stint (with an NGO) in Africa… and by the time I came back from Africa this editor had left…

“Then I was invited to go to America to UC Berkeley… and when I came back (from there) after about a year, I was still really keen on getting in to TIME. So, I emailed the new bureau chief… and this time I just went straight for the meeting… We went out, we had a drink, talked about ideas and I got my first commission. And then I got my second commission, and then I was writing for them for a while on a weekly basis… But from the time I sent my first idea to the time I got my first byline I think it was a year-and-a-half, or even more.”

A word to the wise on persistence vs. annoyance: Relph points out that she was getting email rejections regularly before getting her first assignment from TIME, but says, “I think if you’re not getting any responses, then emailing every two days—that’s a very, very bad idea.” Persistence and patience, though, she says are both important keys to success.